On February 5th 1918 the SS Tuscania was torpedoed on a bitterly cold February evening. On board were 2,235 soldiers consisting of companies ‘D’, ‘E’ and ‘F’ of the 6th Battalion, members of the 32nd Division, the 100th, 158th and 203rd Aero Squadrons and a British crew. Over 200 soldiers and crew lost their lives in this terrible tragedy which was not the only one as in October that same year the Otranto sunk in Machir Bay on Islay’s west coast.

On the 5th of February 100 years later, at 11am, many folk attended the Centennial Service of Remembrance for the loss of the SS Tuscania. The service was held at the American Monument on The Oa and was conducted by the island’s two ministers, Valerie Watson and Jim McNulty. The two minute silence at the American Monument was quite impressive with the rather strong wind swirling around the tower being the only sound to be heard. This was followed by a wreath laying ceremony at the foot of the monument.

WW100 Islay chair, Jenni Minto, said: “Today was a very fitting local tribute to those lost in the SS Tuscania disaster. In addition to remembering the soldiers and crew who lost their lives in these two tragedies the Islay 100 programme recognises the contribution made by the local community to the rescue of survivors and its dedication to respectfully burying the casualties. “At the time, Islay had a population of around 6,000, approximately 1,000 of whom went to war. Sadly over 200 did not return and the impact on the community was significant. Our aim is to leave a lasting legacy that can be revisited by individuals and communities in the future. Today’s event has set the tone nicely for the rest of the island’s programme of commemorations.”

Below is a series of photos which I took that morning. 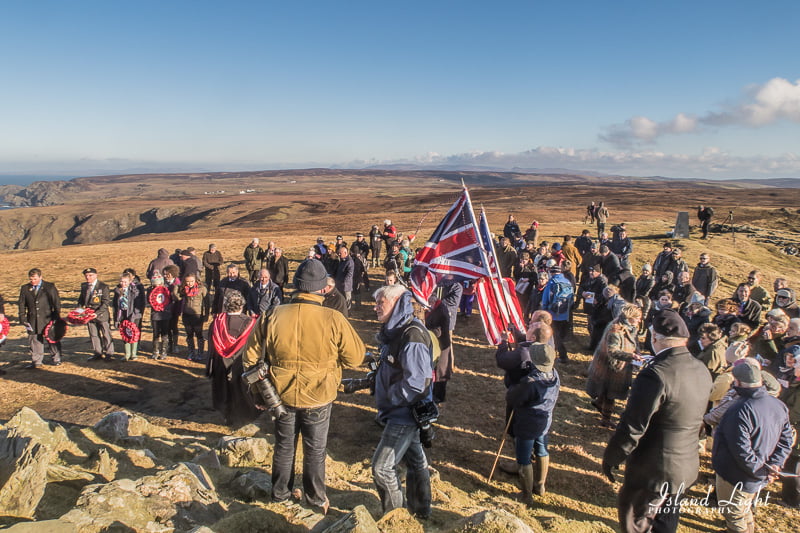 I'm not sure if there are places in Europe where wildlife is more abundant and as diverse as on Islay. Wherever you walk or drive, there is always something to be seen, and often something special … END_OF_DOCUMENT_TOKEN_TO_BE_REPLACED

Islay Sea Adventures Trip review. For centuries people have used the seas as a … END_OF_DOCUMENT_TOKEN_TO_BE_REPLACED