Port Charlotte Beach can be found at the back of the Port Charlotte Hotel and is 200 metres in length, from the Youth hostel to the Pier. The most sandy bit left from the pier can be crowded on a warm summer’s day. It’s then when the local villagers and their kids go the beach. And the Port Charlotte kids use the pier to jump off, into the sea, despite the sometimes freezing temperature of the water. In the summer and early autumn the pier is also a great place to fish for mackerel. I’ve seen folk, and even kids, go home with a bucket full.

The rocks behind the hotel have edible sea-weeds on them, mostly green laver and bladderwrack. It’s a delight to do some sea-weed harvesting and beach-combing. Often you’ll find all kinds of colourful bits of glass on the beach. Climbing the rocks and enjoying the incoming waves, watching the occasional seal and stunning views can be very good for the mind and soul.

Due to the beach being at Loch Indaal and facing east the wave action is rather limited, unless there’s a good winter storm. Then it can be pretty wild, especially near the pier, when the waves crash over them. I’ve seen many a winter storm and saw waves crashing over the pier going as high the nearby cottages. 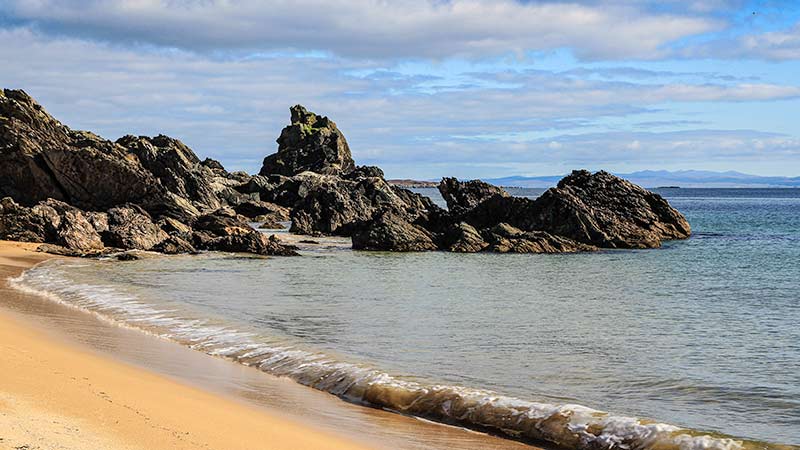 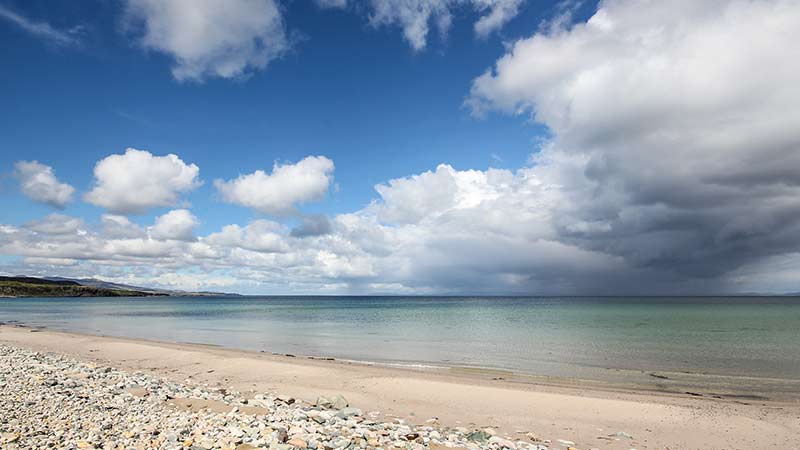 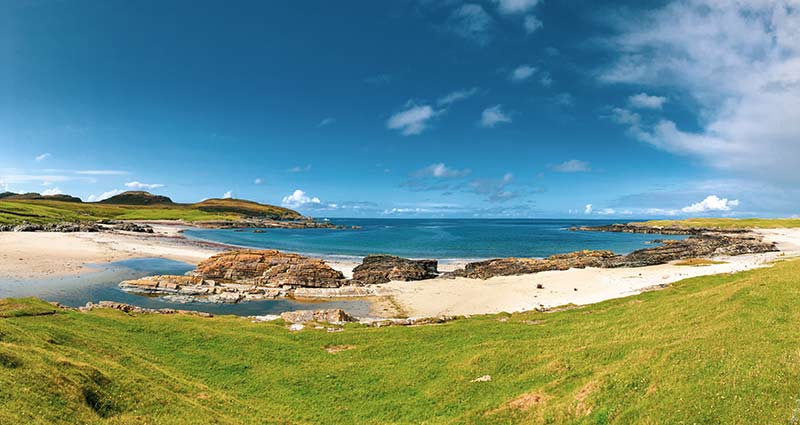 On quite a few days we’ve seen dolphins in Loch Indaal, going up the loch towards the lighthouse and further on to Bruichladdich. Sometimes pods as large as 20 Dolphins and also sometimes very close to the shore. The Port Charlotte Pier and beach can be a great spot to watch the dolphins! If only you would know when they are there again!

I'm not sure if there are places in Europe where wildlife is more abundant and as diverse as on Islay. Wherever you walk or drive, there is always something to be seen, and often something special … END_OF_DOCUMENT_TOKEN_TO_BE_REPLACED

Islay Sea Adventures Trip review. For centuries people have used the seas as a … END_OF_DOCUMENT_TOKEN_TO_BE_REPLACED