The Pibroch was a Clyde puffer, built for the Distillers Company Ltd and was involved in the weekly run to the Islay Distilleries. Built in 1957 at Scott & Sons in Glasgow she was the second puffer to have the name Pibroch. The first Pibroch had been built in 1923, also by Scotts of Bowling, for the Mackie Bros, of the White Horse Distillery of Lagavulin, Islay. She served them and their successors, Scottish Malt Distillers for 34 years and was a familiar sight on her weekly voyages to Islay.

A reader from the Ileach wondered what happened to the Pibroch and found her in a remarkable place… Like myself, I am sure some of your readers often wondered what became of the puffer Pibroch that used to grace Islay’s shores. Her cargo was taking barley in and whisky out of Caol Ila, Lagavulin, and Port Ellen distilleries.

On a recent holiday in Ireland, while driving down through Connemara on the west coast we came across her lying alongside a stone pier at Letterfrack, fifteen miles from the town of Clifden. There were two Irish gentlemen working on the other side of the pier who gave us her history since arriving in Ireland. 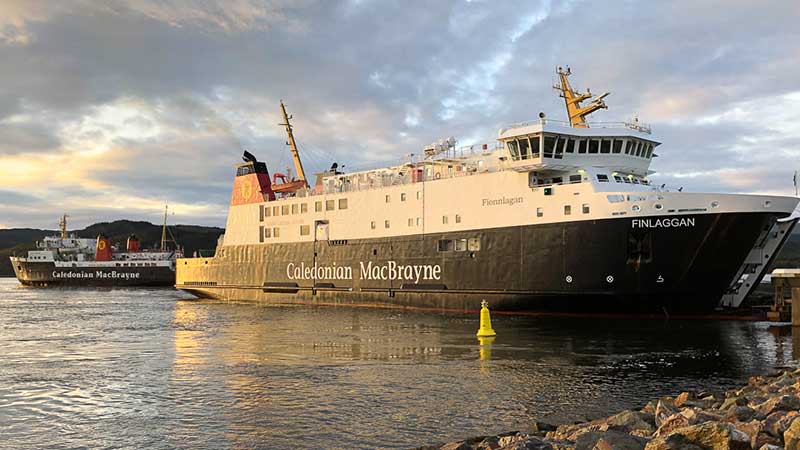 Glasgow to Islay by Car and Ferry

Looking Back at the First RoRo Ferry on Islay

She arrived in pristine condition just as we remember her, however it was all downhill after that there has been no maintenance done on her throughout her time there. She was used for transporting rock and gravel around ireland. Even now, rusting and with her hold full of water; the name Pibroch still stands out proud and bold on her bow and stern.

One of the Irishmen said he had seen Scots men with tears in their eyes looking at her. Apparently a survey had been done some time ago to see if she could be restored to her former glory, but the plates in her hull were considered to be too far gone. If this is to be Pibroch’s final resting place, then as an Islay lady once said, she was getting buried in a certain cemetery because she would have a good view. The Pibroch certainly has that in Connemara.

J Johnston, Bowmore. Story and pictures published with kind permission from The Ileach

I'm not sure if there are places in Europe where wildlife is more abundant and as diverse as on Islay. Wherever you walk or drive, there is always something to be seen, and often something special … END_OF_DOCUMENT_TOKEN_TO_BE_REPLACED

Islay Sea Adventures Trip review. For centuries people have used the seas as a … END_OF_DOCUMENT_TOKEN_TO_BE_REPLACED