Where is the Sound of Islay Ferry Sailing now?

Arra Fletcher sent me a link with information about the Sound of Islay and where she sails at this moment. Arra has fond memories of the ferry and he remembers his trips on the ship quite well when he was a young boy. The ferry now sails in Newfoundland in Canada:

A replacement ferry brought in last week to serve an island off Newfoundland’s northeast coast has broken down. The Sound of Islay, which was put on the run to the island of St. Brendan’s in Bonavista Bay, was pulled out of service Saturday when it developed troubles with its gearbox. The Sound of Islay is a member of Newfoundland and Labrador’s aging ferry fleet, which has been flagged as dangerously outmoded. 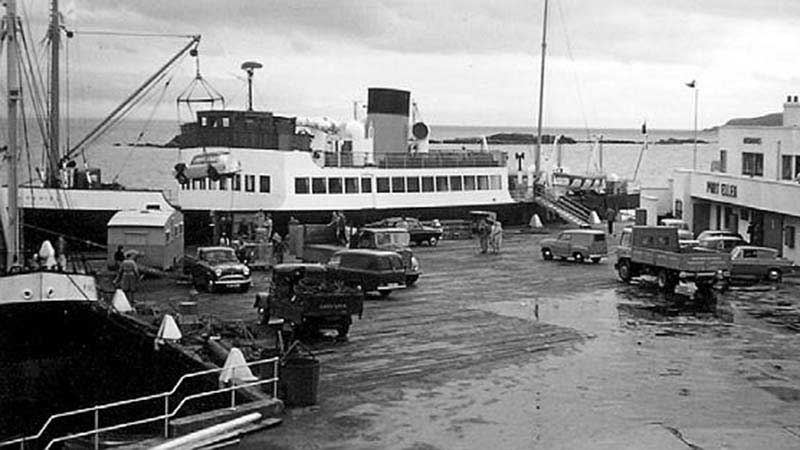 How to Check if your Ferry to Islay is Sailing

Despite the fact that the ferry had been flagged dangerously outmoded in 2006 she is still sailing the islands in Canada, given a report I read on a Canadian website:

Ice is a boat’s natural enemy, but the new ferry to St. Brendan’s is especially vulnerable to it. The Sound of Islay has zero tolerance for ice, and St. Brendan’s mayor Kevin O’Reilly said that may cause problems when ice comes into Burnside harbour, where the ferry docks on the mainland. “If you get a half a dozen pans of ice, and the wind from the north east, they tend to collect in little places like the harbour of Burnside, and that’s all you need,” he said.

The quote from the article above was from 2009. A check in 2022, 13 years later, told me that the Sound of Islay ferry is still servicing some of the islands in Canada. A true die-hard!! Here is a link to the Marine Traffic website with more info.

I'm not sure if there are places in Europe where wildlife is more abundant and as diverse as on Islay. Wherever you walk or drive, there is always something to be seen, and often something special … END_OF_DOCUMENT_TOKEN_TO_BE_REPLACED

Islay Sea Adventures Trip review. For centuries people have used the seas as a … END_OF_DOCUMENT_TOKEN_TO_BE_REPLACED