CMAL created a commemorative brochure in PDF format to mark the launch of MV Finlaggan on 24 May 2011. The brochure is titled “The Sea Route to Islay – The Journey to Finlaggan”. Written by CalMac Historian Ian McCrorie, the brochure charts the development of the sea route to Islay from the first paddle steamer in 1825, to the launch of the new ship MV Finlaggan in 2011. The brochure is fabulous and has many historic photographs and well written and highly interesting texts of the “good old days” of Islay ferries. Below a quote of the arrival of the very first ferry on Islay: 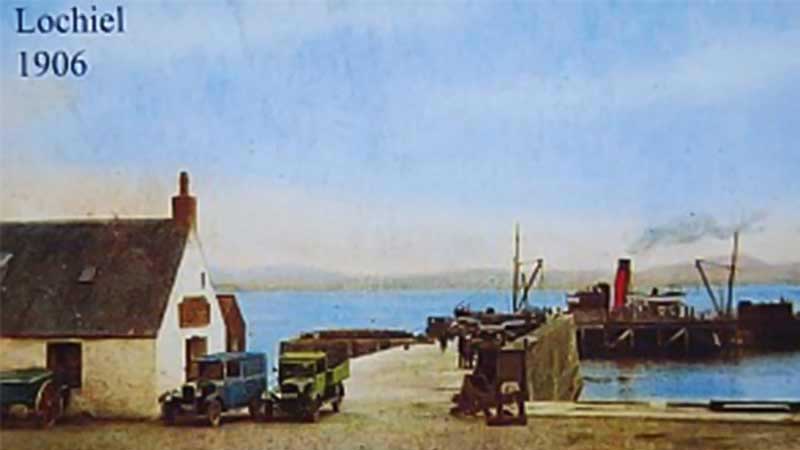 The paddle steamer first appeared at Islay in 1825 when the Maid of Islay, owned by Walter Campbell of Islay and others, was placed on a schedule which included Skye, Staffa, Iona and the pier in the shallow waters of West Loch Tarbert. Over the next sixty odd years the service was refined until the Islay (second of the name) sailed every week from Glasgow round the Mull of Kintyre to the Islay ports before crossing to West Loch Tarbert and making a connection across the narrow isthmus with the Clyde steamer which plied between Tarbert and Glasgow (and on occasion voyaging to Portrush in Northern Ireland). Over the same period, the empire of David Hutcheson & Co., in which David MacBrayne was a senior partner, had expanded to include all the major islands off the west coast of Scotland – with the exception of Islay.

The entire brochure [PDF] can be viewed online via this link

I'm not sure if there are places in Europe where wildlife is more abundant and as diverse as on Islay. Wherever you walk or drive, there is always something to be seen, and often something special … END_OF_DOCUMENT_TOKEN_TO_BE_REPLACED